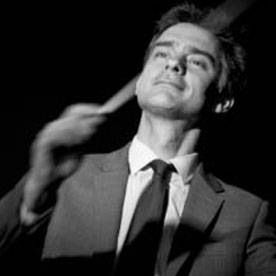 Leandro was born in Argentina and moved to London in 2005 to become Head of Strings at King’s College School, where he conducts the Symphony and Chamber Orchestras. He is Head of Chamber Music at the Royal College of Music Junior Department, where he has been a tutor for over ten years.

He is also the conductor of the Pro Corda Chamber Orchestra and regularly coaches and conducts for the National Children’s Orchestra and Stoneleigh Youth Orchestra. He has recently been appointed Head of Strings at Eton College.